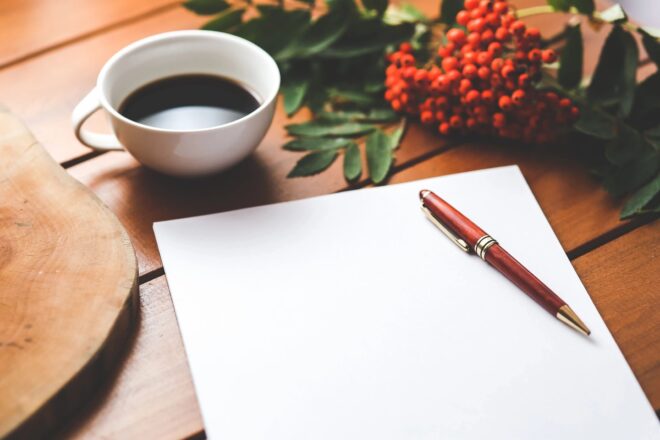 Posted on May 10, 2022 by nelizadrew Posted in Life & Such, WritingTagged running, writing

I am not a runner. I ran five miles last night.

These things sound incompatible. But I don’t feel like a runner. I feel like if I entered a group of “runners” and told them how long it took me to run five miles, the real runners would likely scoff. If asked about splits or pace, I’d reveal how much of a “not a runner” I actually am. I am slow. I am painfully slow. It took me 62 minutes and 42 seconds to get to that five miles — without walking or pausing for water or stopping to stretch or anything else. Chugging along continuously for five miles and it still took over an hour. I am not a runner.

I am not a writer. You can buy my book from Amazon or Barnes and Noble.

These things sound incompatible. But I don’t feel like a writer. I feel like I worked on a project for so long I forgot how to write anything else. I feel like my brain broke with fury and fear five years ago and writing now comes in fits and starts like an old engine that needs fluids or new spark plugs or a whole new wiring harness. (I recently found out something about my ADHD that noted expert Dr. Hallowell describes as a “weathervane.” It’s unnerving how often I sense some danger on the horizon, and it comes to fruition despite those around me saying it’s just the worry my mother taught me or generalized anxiety.) I have a pile of rough drafts. I have a digital folder of Scrivener files for partially-written books, like those rows of ill-formed clones in the labs of science fiction mad scientists.

I am not a runner.

I am not a writer.

Even though writers will often tell others, “If you write, you are a writer.”

Imposter syndrome tells us, though, that it’s the runners who will tell us we don’t belong, even though that hasn’t really been my experience. Running groups I’ve found online are generally filled with enthusiastic people who cheer on anyone who’s giving it a go. They applaud walking and intervals of running interspaced with walking or jogging. They applaud progress, no matter how slight or slow. They remind you to keep going. And they accept that everyone has limitations.

But that one voice of derision? Oh, it’s enough to drown out all the others.

Imposter syndrome tells us, though, that’s it’s the writers who will tell us we don’t belong. Most of the writers I’ve met have been encouraging, though. They applaud the effort. They make suggestions. They remind each other to go at their own pace, to take breaks when necessary, to push forward when warranted.

But that one declaration to “write every day” or “write no matter what”? It drowns out all the others.

So many writers are also runners. Something about the rhythm of planting one foot after the other allows so many wordsmiths to clear their heads, untangle thoughts, or just teach their minds that it is possible to push forward even when they don’t want to or feel stuck.

Yet, some of the most vocal are also some of the most successful. Haruki Murakami talks about (in his book What I Talk About When I Talk About Running) up and deciding to sit down and write, about sitting down at the table after work and writing out what became his first novel. It won a prize, which prompted him to sit down and try writing another.

“Oh, is that all?” I think staring at the tangled mess of my current outline. Then again, maybe that’s where I’m going wrong. His first novel is very stream-of-consciousness. There’s two whole chapter-like sections that are just the thoughts and ramblings of a radio DJ unconnected from the main characters except through the silences they fill with music. It ends, much like Jenny Offill’s Weather, without much conclusion. Things happen. Other things happen. Things end. Not to say that either is bad. They are not bad. They are also not crime fiction where murders need to happen for a reason and be solved through a series of investigative activities, near-misses, and red herrings.

Murakami talks of running in the same way. As dismayed and embarrassed as he felt when he first started (after realizing he’d been smoking sixty cigarettes a day!) and could only run thirty minutes continuously, he kept at it.

“Oh, is that all?” I think knowing I’ve never smoked, and it’s taken me months of effort and training to run for thirty minutes without walking. He talks about deciding to run a marathon on whim and feeling successful if he never walked despite the heat. I want to scream, “My dude, if I even managed to walk 26.2 miles on a whim in the heat without dying, I’d be ecstatic!” I’d also be very confused since the first time I ran a half an hour without stopping, I was 45 and it was the first time in my life I’d come close to doing such a thing. Ever. I don’t mean since I was a kid or since college. I mean, in the time I have existed on earth. (I have some design flaws.)

Malcolm Gladwell is one of those runner/writers whose opinionated nature leads to my eyes rolling themselves skyward. He once told an Outside magazine interviewer, “I think it’s soft to run with music. It’s people who are running from their running. They’re trying to distract themselves while they’re running. That seems to me — what’s the point? If you don’t want to run, if the act of running is so terrifying to you that you need to blast music in your ears, then you should be doing something else.” This is a man, mind you, that too many businesspeople will put on a pedestal for his understanding of human achievement illustrating his inability to imagine a brain working differently than his own. My brain does not “free associate” when I’m running unless there’s music and usually also an app coach talking to keep the ADHD bits busy. I’m writing this now with a random YouTube playlist playing because I need noise to concentrate.

Maeve Maddox tells readers of dailywritingtips.com that “[f]or a ‘real writer’ writing is not something to do now and then, something to be taken or left, but a need that makes itself felt as urgently as hunger or thirst.” Except, unless writing is putting food on the table or someone is doing that for you, that sounds like supremely unhealthy advice. I mean, write every day if you want to or can, but your brain needs food and water to work well enough to write.

The more I think about it, the more I suspect the people who most feed into the imposter syndrome of others are of two varieties: They are either overstating their prowess to hide their own imposter syndrome or they are those people for whom things come easy and they lack the frame of reference for imagining how such a thing could be hard. They’re that math professor who explained calculus in five seconds and stared out at the auditorium expecting they’d covered the subject. They’re the dance teacher who does a complicated routine and pauses for the beginners to follow along.

That’s how I ended up quitting dance, to be honest. There was this expectation that you could just follow along and it all made sense. Perhaps the reason I didn’t quite martial arts was because I was old enough to say, “No, stop, go back. What did you just do and how?” I ended up a better teacher later because I had so many notes on seldom-used joint locks and throws that I could go back to and break down to the smaller steps to explain them to others.

Writing and running are a bit harder to explain, or so it seems to so many. It wasn’t until I found a coaching app that focused on form and really explained about starting out at slower paces and using intervals to build endurance that any of this worked for me. Writing has rules and forms, too. It also requires endurance. Every day might not work for everyone and ten words a day can eventually be 1000, but maybe not the first day.

So, where does imposter syndrome show up for you? Does it?