If I’ve learned anything in the past year, it’s that people will pay for anything that makes them feel more productive, powerful, capable, or valuable. They will also eat up any content that is critical of a product or celebrity or gives them advice they think they need. This is why people will stand in line and spend $6 on a cup of Starbucks, but will steal your $2.99 romance ebook, stream a movie over a torrent site full of viruses, and Spotify their favorite artists. The coffee makes them feel like they are going to accomplish something because it’s COFFEE (well, mostly milk and sugar, but still, it claims to be coffee). 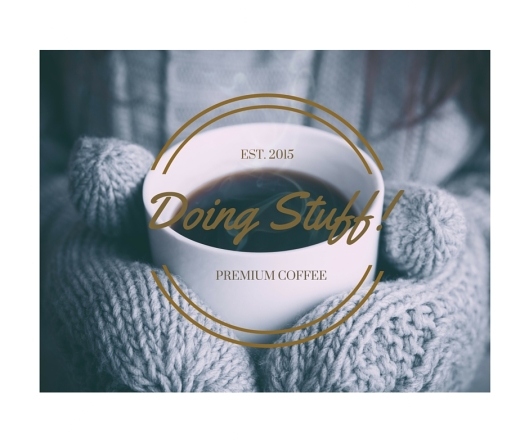 We value productivity so much in the US that I could likely sell a hundred copies of a 30-page guide to inbox-zero faster than half that many copies of a 300-page novel, even if they were priced the same.

And often, these are other writers, other actors, other singers, other designers. Because they aren’t immune to the cultural allure of a BETTER YOU. (Only $59.99 — Sign up today and get a bonus worksheet on your feelings!) The reason so many writers have blog posts and e-courses and books about writing, formatting, editing, and creating is because it’s what sells. Even if they all pretty much say the same thing. (There are only so many ways to say that a book will not write itself no matter how many great ideas you have while signing Styx songs in your car on the freeway. There are only so many ways to plead with you to care more about your ebook formatting than leaving it up to Microsoft.)

Most popular blog posts on this site? Tempura tofu recipe and a critique of an Office Depot notebook. I’m fairly certain nothing I will ever purposefully craft, no writing I will ever edit until it is as perfect as I can make it, will ever be as popular as the idea that you, YES, YOU, can put tempura powder on tofu and fry it in a pan on your stove.

I don’t know how I feel about that. I mean, a few months ago when I was mired in my Depression Hole, I’d have decided that was a perfectly good reason to jump off a cliff (note, I live nowhere near cliffs and am safe with my level of melodrama largely because depressed me is entirely too lazy to look for a cliff when she can just sit still and think about cliffs). Manic me thinks that sounds like a stupid plan, but she’s not quite sure what to do with it either. I am not a great generator of advice. I cannot tell you how to be a better person because I don’t have that figured out for myself. (I realize that stops none of the people banking on the life-changing big magic of getting things in a personal kanban, but they are definitely better liars.)

It certainly feels like we’ve gone so far down this road that it’s hard to picture us returning to a time when someone else’s creativity had value, when we paid for art rather than paying for a guide to making our own.

Then again, I’ve noticed for a long time now that we’re most willing to pay someone else for art if it’s “comfortable” and usually if it’s for characters we already know. Etsy (and a lot of street art fairs) are full of handcrafted tea cozies that look like Tardises or sculptures of storm troopers or earrings shaped like Serenity or paintings of Batman. We pay for it because it feeds our consumerist instinct and because figuring out how to do it seems too hard for a 5-page ebook we got free after signing up for a newsletter. But it hurts the artists we’re buying from. How? Well, for one, if they have their own vision, they aren’t able to execute it or they aren’t able to sell enough of it worth the time. For another, corporate-owned images and entities are intellectual properties and the artists can find themselves holding cease and desist letters (that make it impossible to unload premade stock that cost money to make) or sued for illegal use. Buying handmade items with corporate entities or logos just tells artists they are interchangeable with Chinese factories and blurs the line between art and commodity.

Across the country, there are studios and classes where you and your friends can go, drink wine, and paint a copy of a masterpiece or clip art. The husband and I even did it once before I realized that A) I’ve had a toolbox or rolling cart full of paints since I was about ten and paying to use someone else’s instead of just buying a canvas is dumb; B) bringing my own wine across town is silly when I could just bringing it across the kitchen; and C) painting copies of a masterpiece is a college art assignment and I have access to the internet, old art textbooks, and my brain where a mess of other weirdness lives. These classes are popular, though, for the same reason a branding course is more popular than paying a design professional. It’s that DIY mentality networks like TLC have brainwashed us all into believing is part of the American Experience.

The American Experience at some point took the American Dream hostage, tied it up, and fed it poorly-baked brownies from a recipe on Pinterest because the American Dream relied on the idea of making enough to one day hire professionals to do the plumbing in your new suburban house and that’s just not gonna happen anymore. The American Experience is creating a mood board of plumbing ideas, painting some pipes pastel, and hanging them around a hand-lettered (by you!) poster on your white apartment wall so you can post it on Instagram.

Oh well, I’m off to Instagram my lunch and spend some time DIYing some code because I can’t afford professionals either.