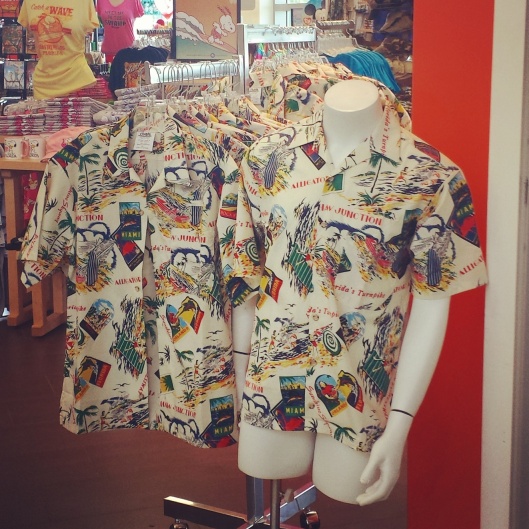 We went up to Gainesville this past weekend for the husband’s graduation. While there, we explored as best we could with the massive storm system moving through the area.

Gainesville always strikes me as this weird blend of old and rundown, abandoned or derelict buildings and obvious poverty mixed with all the shiny new construction, youthful exuberance and hope of a college town. It’s the kind of place where you find trendy restaurants that are actually affordable and you kind of expect to stumble across a drum circle in every vacant lot. And, of course, you know I like any place with plenty of books and vegan food.

We had planned to wander around Payne’s Prairie some, but the sky looked like Weather Channel special so after picking up his cap and gown at the university bookstore (he managed to get me out before I snuck into the textbook section) we checked into the hotel (Paramount Plaza, which gave us a lovely view of the lake). The hotel is a bit old and the hallways give off a creepy vibe, but the rooms overlooking the lake are lovely, the price isn’t bad for its location — few minutes from campus, downtown, and Payne’s Prairie — and it has a pool and fitness room as well as conference center, bar, and restaurant. I’m not sure I’d recommend the restaurant. They claim to have one vegan item on the dinner menu, but the staff seemed a little confused by it. (I called down to ask since it didn’t look like the storm would abate for us to get downtown.) 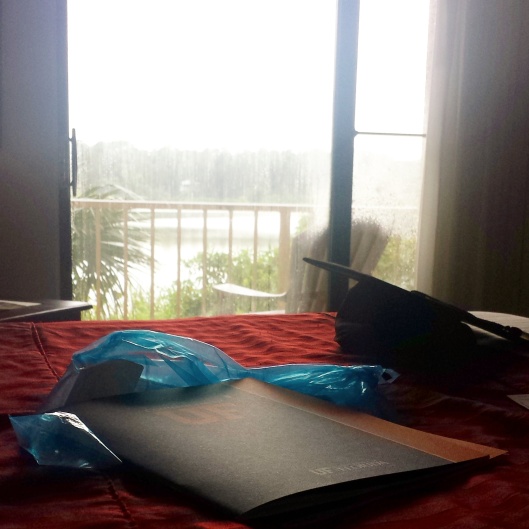 We spent the rest of the late afternoon checking out Florida’s only independent feminist bookstore (Wild Iris), and getting ice cream (VEGAN!) at Karma Cream. First off, I can’t express how exciting it is to walk into an ice cream shop in summer and actually be able to get a little cup of ice cream because they offer a vegan option. Secondly, the ice cream was delicious (ginger cookies caramel). Honestly, I don’t know why more ice cream shops don’t offer a vegan option, not just for vegans but for all those people who are lactose intolerant who might like to stop into a shop on a hot summer day without popping pills or worrying about after-effects. And coconut milk ice cream is so rich and creamy no one would know unless they were allergic to coconuts or told.

We spent a few hours hiding out in the hotel room watching the thunder and lightning and rain over the lake until it broke up enough to head out for dinner. 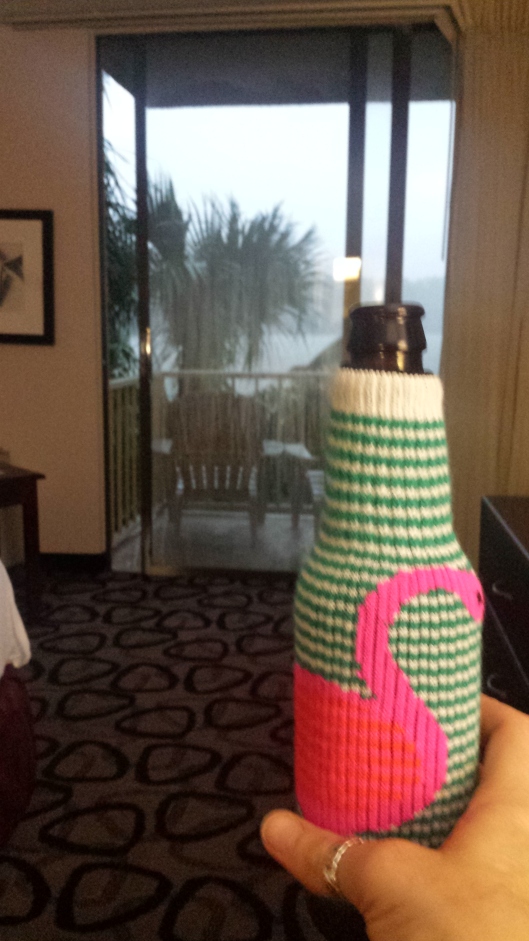 For dinner, we went downtown and walked around until we found Boca Fiesta (it’s tucked down a side street or alley behind the Hippodrome). The tempeh tacos were awesome and the salsa was yummy, though hubby said it was a little too hot. The hot sauces were pretty good, too.

After commencement, we found a place selling falafel out of a strip mall, picked up a few things at Publix, and went over to Payne’s Prairie to climb the watchtower and check out the place. 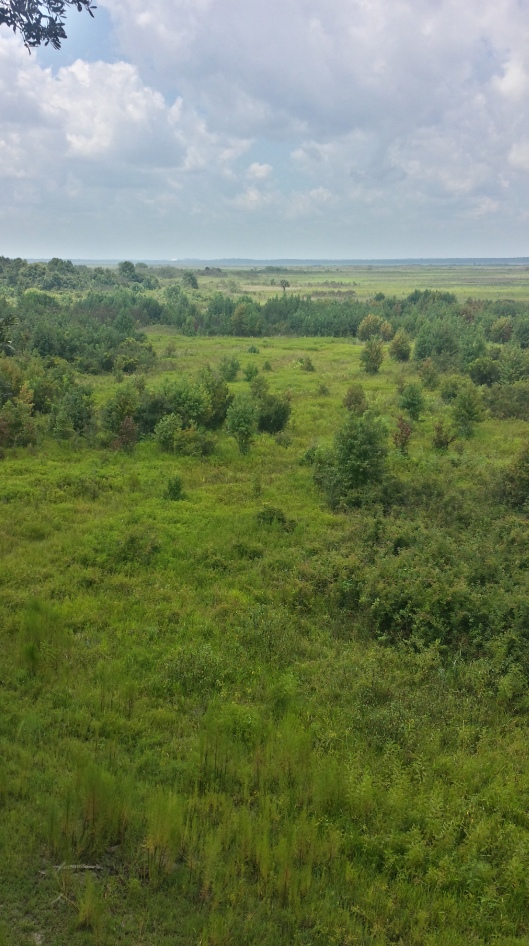 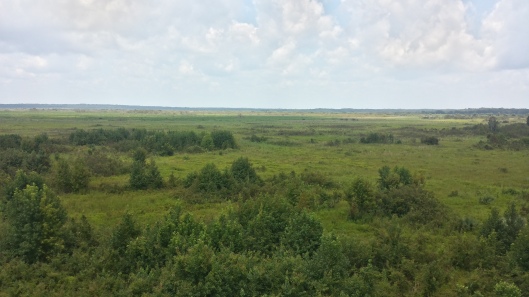 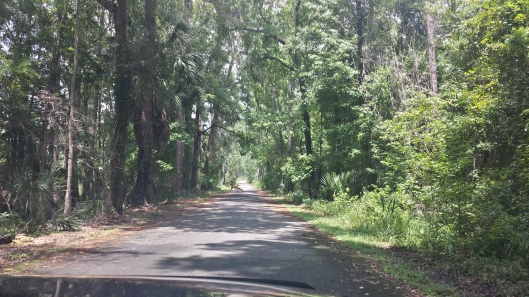 From there, since we were already on 441, we decided to keep heading south on that, highway 301, and then highway 27 until it got dark and we hit the Turnpike at Yeehaw Junction. We both love taking the back roads. It’s where all the most interesting stuff is. Stuff like this drive in and the House of Presidents (just missed it being open by about forty minutes). 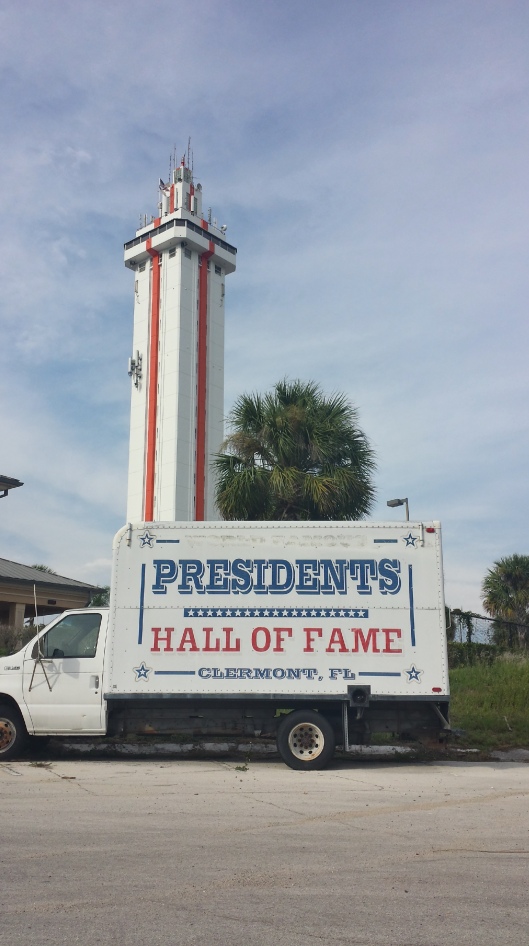 We also found a little Italian restaurant in what looked like an old tourist fruit stand/welcome center that had delicious spaghetti with an olive oil based sauce full of garlic, tomato and fresh basil. (Hubby really liked the chicken parm sandwich.) We also played some classic video games — joystick was a little sticky which made play kind of a bummer.)

I told the husband I we should head up to Gainesville more often. Any excuse to travel some back roads and eat some vegan food.